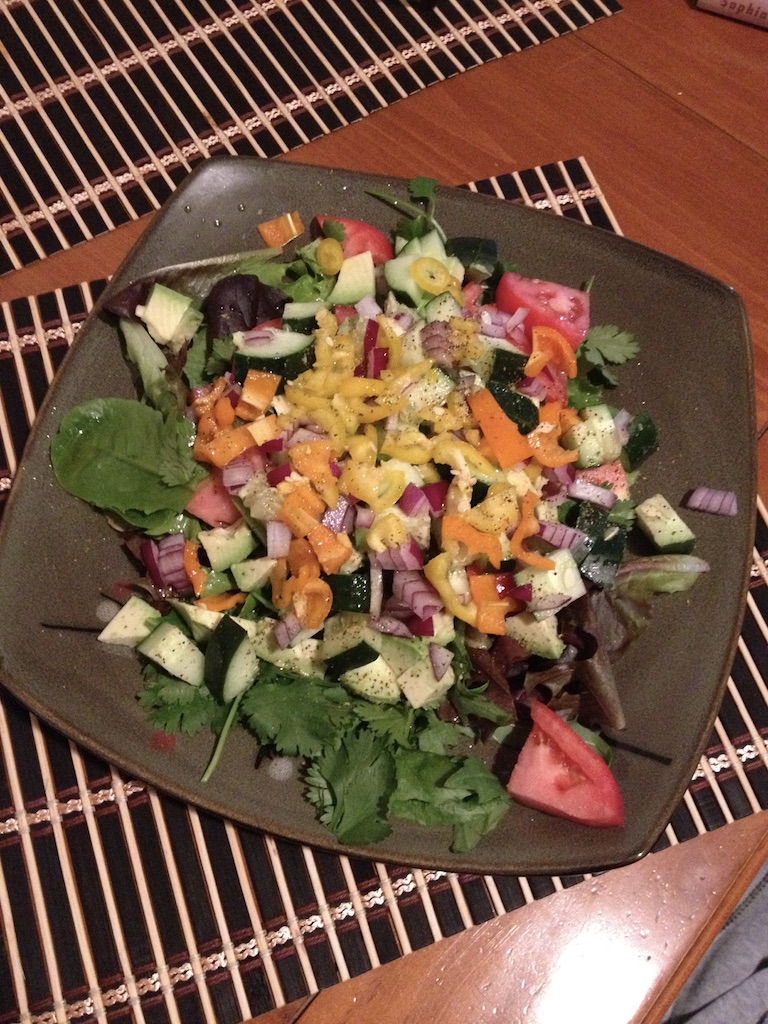 We are all familiar with a popular quote by Benjamin Franklin: “You can achieve anything you set your mind to.” In most cases people read this quote and think of setting goals. But what if you read into a bit more? I believe the mind is a powerful thing. It allows you invent, create, experience or destroy things with just a thought. A mind filled with positive thoughts can change your life. I know it has changed mine.

“Radioactive Iodine? Wait, what is that? Did we discuss this before? I would have remembered discussing this … What’s going on? I thought it was all over after surgery …”

My mind was in a complete blur as I sat in Dr. Harrell’s office. He had just explained to me that my bloodwork revealed a high number of thyroid antibodies (which should technically be nonexistent since I no longer have a thyroid) and that I would need to undergo a treatment of radioactive iodine in order to remove any residual cancer that was too small to remove during surgery. I must have looked as though I was confused because he stopped and repeated himself, explaining that it is very common for patients to undergo a treatment of radioactive iodine just to make sure the cancer is completely gone. I don’t remember if any of my family members went with me to this appointment, or if I went alone. I remember scheduling a date for the treatment and receiving the paperwork on the low iodine diet I would need to be on two weeks prior to treatment, but the rest is just a blur. I believe there are moments in life that your mind chooses not to remember, and for me this was probably one of them.

I, of course, went home and googled everything you could possibly research about radioactive iodine. Dosages, methods, effects, you name it. For radioactive iodine (RAI) to be effective you have to have high levels of TSH (Thyroid-stimulating hormone). This can be achieved by not taking your Synthroid for about 2-3 weeks prior to the treatment which can result in hyperthyroidism or receive an injectable form of thyrotropin, normally a two-day drug. I would be getting the thyrotropin injection. Side effects of RAI include nausea, vomiting, dry mouth, swelling, tenderness and taste changes to name a few. Depending on your dosage and treatment you may need to be hospitalized for a few days, and take precautions once released to protect others from radiation exposure. That’s a mouthful.

I decided that as far as I knew, I was going on a diet that was going to help me lose those final post-surgery pounds that were still hanging around my mid-section. Then I was going on an all-expense paid vacation for a week, considering FMLA was paying for my time off work. I was getting a three-night stay at a hotel with a room to myself. Considering I had hit my deductible, my hospital stay was covered by insurance and RAI means being isolated. Basically, in my mind, I was only looking at the positive — or at least creating positives.

The two weeks I spent on the low iodine diet were tough. I’m a total foodie and not being able to eat normally definitely made me “hangry” to say the least. Mrs. Dash became my best friend and I learned to appreciate cilantro, parsley, basil and especially peppers for the flavor they added to food. The lack of iodine made me feel constantly low in energy and my doctor told me not to engage in any extraneous activities while on this diet, so the gym went right out the window. Going grocery shopping meant a lot of reading, I learned a lot about different foods during this time through reading nutritional labels. You would be surprised to find how many different foods contain iodine. My guilty pleasure: French Fries, hold the salt.

I was going to be hospitalized for three days for my radiation treatment, and I honestly didn’t really think anything of it. I was told to wear something I didn’t want any more on the day of my treatment as it would have to be disposed of after the radiation. So, let me tell you, my mind had a genius idea. But first, a little background story.

I’m a huge Miami Heat basketball fan and my first night’s stay at my all-expense paid hotel, the Heat would be playing the Cavs. This was the first time they would be meeting on the court since LeBron had left Miami to go back to Cleveland. Needless to say, I was a bit salty about the whole situation and I figured I should wear my LeBron Heat shirt to radiation considering I no longer had any use for it. I know, morbid, but at the time it made perfect sense to me, and my nurses found it hilarious.  (Sorry LeBron)

I was given radiactive iodine my first night in the hospital. It was a tiny little pill, but let me tell you, it was locked inside of five boxes when it first arrived in my room. I was then told to drink as much water as possible, I had to stack my empty bottles along the windowsill, so the doctors would know how much I had consumed. The three days went by pretty quickly, possibly too quickly. I had two magazines to read, TV shows to catch up on, a paper list of phone numbers and a plastic covered phone use. Life was good. The only side effect I experienced was a little bit of dry mouth. Thanks be to GOD. My nurses were great at bringing me snacks since I was still on the low iodine diet. They called me “The Hot Girl.” I didn’t really get it, but I went along with it.

I was released from the hospital on the third night, after being scanned by this weird radiation detector wand thing. I would be staying at my dad’s house for the next few days because it’s not suggested to be around children, elderly or pets after receiving RAI. My little brother and cat were at my mom’s house and I couldn’t put their health at risk. I would have to use disposable plates and utensils for the first few days and all my clothing and sheets would have to be washed separately from everyone else’s. No hugging or getting too close to others either. My stepmom had arrived to pick me up. It wasn’t until I walked out of my room that I noticed the sign on my door. The radioactive caution sign, “Radiation = Heat.” It all came together. I was the Hot Girl. The metal plates around my room that were keeping radiation from spreading was the reason why everyone who came in my room specifically stood behind the plate or wore a vest. None of it had bothered me, but that sign on my door finally hit home. My room would be locked for 30 days until someone would be allowed inside to clean it. Crazy!

It was good to be home and even better to be done with that low iodine diet! I still remember the first tortilla chip I ate. Boy was it salty. My eating habits had changed. I can say until this day, I try to purchase items that are low in sodium and I barely use salt when I cook. It was a change for the better.

My Dad also decided to have some fun with my treatment after I told him about me being “The Hot Girl.” He told me he found my theme song: “Can’t touch this” by MC Hammer, and yes, we made a music video. He was later talking to my little brother who was old enough to understand what being hospitalized meant, but too young to really grasp what radiation was. Gullible is a good way to describe me and my siblings. My Dad told my brother I was a superhero with radioactive powers. He came into my room changed the lightbulbs to red and told me to pose. He obviously needed evidence of my powers. LOL. My little brother was convinced, I was a superhero! Who’s your inner superhero?