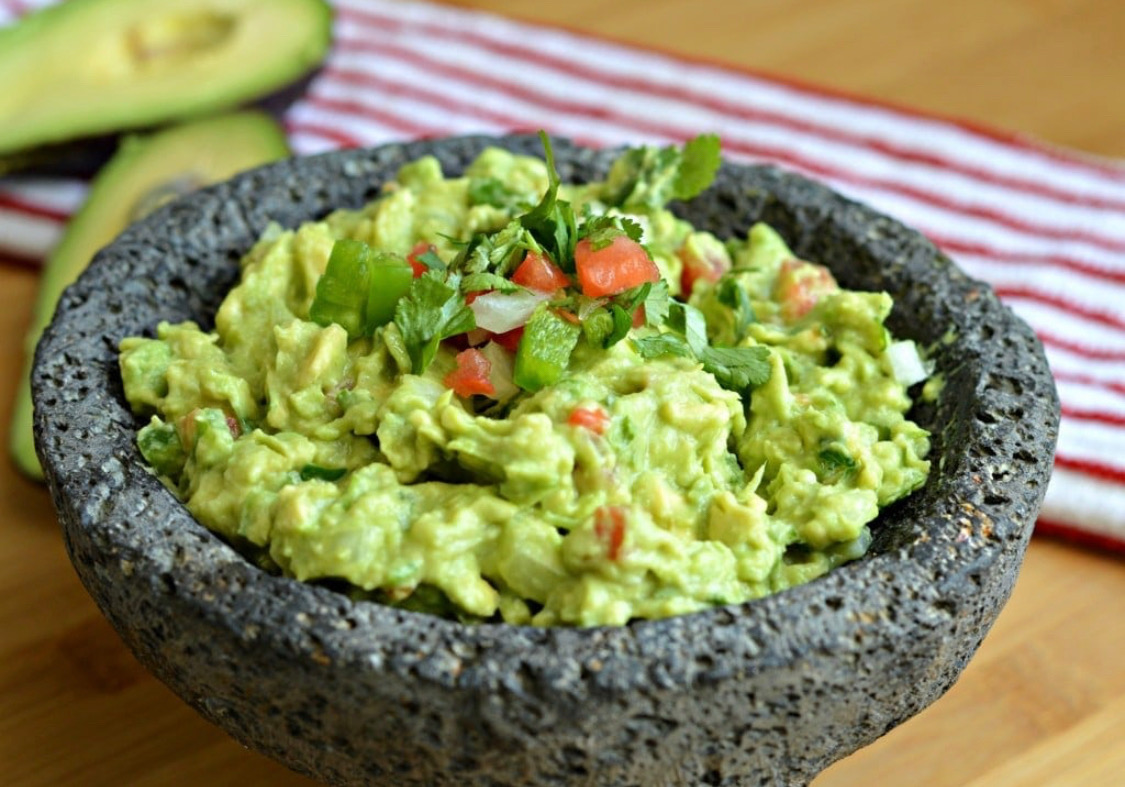 Have you ever made guacamole? It’s not hard. There are only a few ingredients and yet for some reason not everyone gets it right. It’s a weird comparison to make but life for me at one point felt a lot like making guacamole.

I had been through a treatment of radioactive iodine, it was as easy as cutting an avocado in half, but then how do you take out the pit?

I had been home for a week after radioactive iodine, it was now time to go in for a scan to confirm the procedure went well and that I was cancer-free. Scans can be a little nerve-wrecking, having to lay still inside of a machine. It’s definitely not ideal for those who are claustrophobic. Thirty minutes of laying still, machine almost inches from your face. Once the scan was over, I was free to go home. I was told I would have my results in about a week.

Next, slice a lemon in quarters and squeeze into the bowl. There’s something about lemons and the ability to be sweet and sour. That’s where I was at in life, ready to turn my lemons in lemonade.

I was excited to get back to Tampa, to a normal life, not that I was really sure what normal was these days. I was going back to work just in time to prepare for Black Friday, the busiest day of the year for anyone that works retail. Crazy, some would say, but I was happy to be spending the holiday working rather than being a patient in a hospital. When my results came in, I was happy to share that my neck was clear!

Now to chop up some cilantro. Let me tell you, I LOVE CILANTRO! It’s my herb of choice and I truly believe it gives food life and is the KEY ingredient to making AMAZING Guacamole!

I was extremely excited for the month of December because one of my best friends was getting married and we would be having her bachelorette in Tampa. I had my work schedule planned perfectly so that I’d be able to attend as much as possible. I was part of the brides’ platoon. Can’t get more normal than that! This would be the first time some of my friends would be seeing me since my surgery, so I was on the receiving end of some extra tight hugs, but the rest was perfect. We were out and about, the center of attention, like most bachelorette parties. This guy who had been flirting with me asked what was on my neck — he thought I had scratched myself. Everyone fell silent, not sure how I’d reply. I told him I had surgery. It was the first time I had to answer to someone about my scar. It was okay.

Next up: Red onions. Onions tend to get a bad reputation in life. I mean, most would say they make you cry. But if you are any sort of self-proclaimed chef, you know there’s a time and a place for onions — whether it’s white, yellow, green or red. When it comes to guac, you definitely want to go with red. Red onions are most used in raw preparations and known for their mild to sweet flavor.

About a month later I ended up dating this guy. Go figure! I remember our first date and him driving me home after dinner. He took the scenic route, Bayshore Blvd., beautiful views of Tampa on the water. Of all the sights I, of course, pointed out Tampa General Hospital. Obviously, I had a vast knowledge about hospitals. “Oh yeah, you’ve been there,” he asked in a joking tone. That’s when I realized I had dug myself a pretty big hole, so I told him. Right there. In the car. Driving. On our first date. I bit into an onion.

I told a somewhat stranger I was a cancer survivor. Here I was making our first date incredibly serious, deep and heavy — switching from sightseeing to surviving cancer. I may have scared the guy half to death, I’m pretty sure it was the last thing he was expecting to come out of my mouth. I figured I was going to tell him eventually … so why not now? He asked if I was OK now? I told him I was and eventually the topic changed.

I assumed that was about as awkward as our relationship was going to get, he knew I was a survivor, and the rest would be smooth sailing. I was wrong; I could probably write a book called #DatingAfterTHyroidCancer.

So, we all know I’m a foodie — all the chapters of this blog are named after food like guacamole. This guy listened to me talk about food. A LOT! Except, whenever I slept over he noted that I  “was never hungry in the morning.” Morning after morning, I would be offered breakfast or at least a yogurt, and I would always decline and just take a water. He wasn’t much of a morning eater, so maybe he didn’t notice, except when we were at my house and I would eat breakfast. Eventually I decided to explain that I have to take Synthroid every morning on an empty stomach and wait an hour before eating. Explaining what Synthroid was seemed like too much information, but I answered. I was in a new relationship and felt like so much of my personal life was already out on the table. There I was peeling off my many layers. It’s not something you think about when you are diagnosed with cancer or undergo RAI, all your focused on is surviving. You don’t realize how it will affect your life in the future, how it will change things as simple as breakfast.

When we argued, he once asked if my meds were off, knowing that Synthroid controls your hormones. I must have been acting bitchy. He apologized before I could even reply. The look on my face must have been enough. I forgave him. For the length of our relationship he always treated me just like any other girl, and that’s all I could ask for. I didn’t want any special treatment. I just wanted to be me. I did learn, cancer or no cancer, we are all peeling off layers.

Garnish of choice? Tomatoes. I feel like I’ve had a love hate relationship with tomatoes my whole life. It’s kind of how I feel about cancer — I hate it. It sucks, but at the same time it’s changed my perspective on life.

As the year went on I watched my best friend get married, I ran my first 5K, I competed in a case competition at work, my boss resigned, and I got a new one. Most importantly I celebrated one year since my thyroidectomy!

Dr. Harrell was still monitoring me to make sure I was taking the right dosage of Synthroid. I was getting my bloodwork done every three months. That’s how long it takes to show a difference in your bloodwork. Every three months, he would increase my Synthroid until eventually we landed on the right dose that allowed me to feel like myself.

By September, Dr. Harrell told me he would like me to undergo radioactive iodine once more. A smaller dosage that wouldn’t require me to stay in the hospital. Although my scans had come back clear and my thyroid antibodies had decreased, it wasn’t as much as he would have liked. I would have to be on the low iodine diet once again, but only for a week this time. I knew the drill by now: Schedule the date, explain to my new boss, request FMLA, go on the diet, take the pill, relax, get a scan, pray for a clean neck, etc. Then, just a few days before Thanksgiving, that’s just what I got, a voicemail from the doctors office letting me know the results of my scans had come back NEGATIVE. I was beyond grateful; I was ready to tell the world. I was STILL cancer-free!