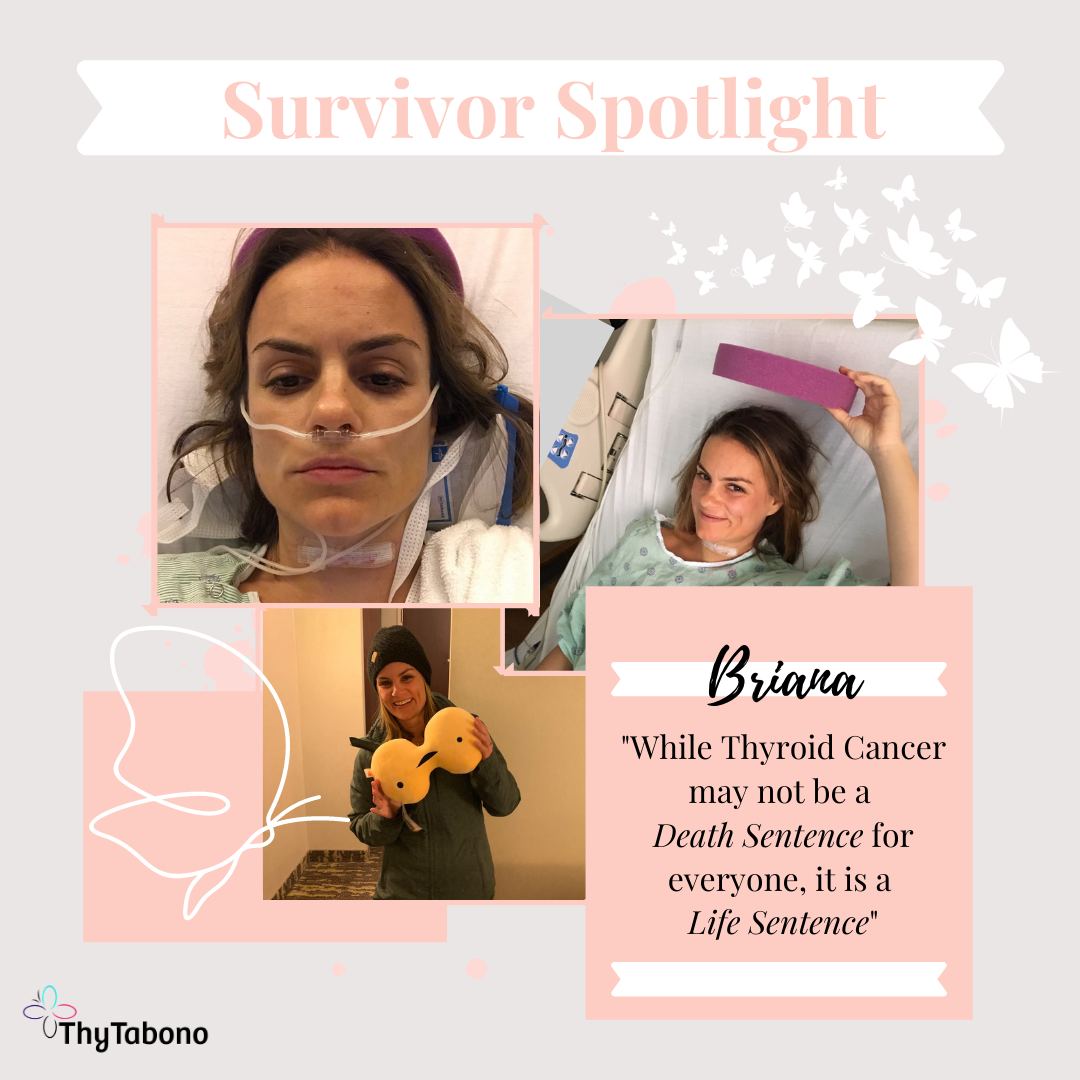 In mid June of 2019, I went to Florida to celebrate my bachelorette party with a group of girlfriends. The 1st night my friends arrived, I jumped feet first into a fairly shallow pool-trying to successfully weave my way through an intertube sitting on the surface of the water. I was having way too much fun goofing off to estimate the depth of the pool (and I was completely sober, mind you).

When I landed at the bottom of the pool, my feet hit the bottom hard, ricocheting pain radiating up my spine. For a moment before I came to the top of the water, I thought- Can I move? It was that impactful. I had a split second of thinking, this cannot be one of those bachelorette stories you hear about. Where the bride fools around in a pool and ends up paralyzed.

I came up and realized I could move, but not easily. My neck was entirely stiff and my body was incredibly sore. The duration of the party, I was having serious pains- having a difficult time even turning my head side to side with ease and unable to sleep from the pain.

When I returned home, I thought- let it slide, it’s probably pulled muscles or something along those lines and I didn’t feel the need to hurry to the doctor. I was telling my mom what had happened, and as someone with severe neck and spine issues from a past car accident injury herself, she implored me to get it checked, just to be safe. Because the pain wasn’t subsiding, a few weeks later, I saw a neurologist. The neurologist suggested it could be a slipped disc and that I should have an MRI of my entire spine (which is 3 hours long. I was hesitant and put this off a couple more weeks- as I was in the middle of planning a huge upcoming wedding by myself and trying to focus on that. I felt this was the last thing on my plate I needed to deal with and was hoping it would go away on it’s own.

Because the pain wasn’t subsiding, I scheduled the MRI. About 40 minutes after the MRI, I got a message that while there is no injury to my spine, they found something suspicious on my thyroid and that I needed to schedule an ultrasound as soon as possible. At this point, my wedding was only a week or so away and I just wanted to have this all put behind me so I could enjoy that time and move on with my life from such a stupid injury. I wasn’t anticipating this turn of events at all.

I had an ultrasound on my neck and no longer than had I stepped out of the hospital that I received yet another message that I needed to follow up immediately with a fine needle biopsy because the reading on my ultrasound came back in the category of malignancy on the TI-RADS scaling system.

I set up a Fine Needle Biopsy for that week and went in with my mom by my side. The tumor was so deep in my neck next to my trachea and esophagus that the oncologist had to attempt it several times (while swearing to himself). Eventually, he was able to get to it, but not without leaving me coughing up a ton of blood. This was one of the most uncomfortable things I’ve ever had to do. This is one of the reasons I wasn’t aware of the cancer- many people have visible lumps on their necks, but mine was so deep that had this pool accident not occured, I would not have been aware of it until it had spread much further than it did.

Only a couple of days went by and it landed a week before my wedding that I received the call that I had Papillary Carcinoma.

I think that receiving this life-altering news in the middle of planning the biggest day of my life was such a challenge, but I am grateful because it really gave me perspective for the wedding day. Not a thing could have gone “wrong” and it made me embrace every moment of it (truthfully, once the diagnosis came, a lot of the tiny wedding details started to fall by the wayside because it didn’t matter anymore as long as we had our close family and friends with us to celebrate the occasion). We didn’t share the news with many people (my immediate family knew and my husband’s brother, sister, and their spouses knew) because we didn’t want to detract from the wedding day with that news. It helped to maintain that focus on what we were there for and I didn’t want people coming up to me the entire night with pity. It was definitely on my mind and I did have a hard time COMPLETELY focusing on the wedding because it was the best and worst time in my life all at once. But as the day went on, I was able to let go of the fear that would tap away at my brain once in a while and let go to enjoy the most perfect celebration.

About 3 weeks following my wedding (on August 30, 2019), I went in for a total thyroidectomy. I had struggled with Hashimoto’s in my early 20’s (I was 35 at the time of my cancer diagnosis) and was able to get off the medicine through lifestyle changes. While there has been Thyroid Cancer in my family, I never thought I’d be on that list. Because the cancer (thankfully) hadn’t spread to my lymph nodes, my oncologist made the decision to be conservative and forgo Radioactive Iodine treatment because he was concerned it could be “over-treatment”- which I understand, but also made me nervous about any lingering cancer cells, as I know people that have experienced Thyroid Cancer again (some more than once) their thyroid was completely removed.

Hashimotos and having a total thyroidectomy for cancer are completely different- it is one thing to live with a messed up thyroid that still has some function left in it, as opposed to living without the organ at all and relying on a pill to do it’s entire job- which is something hard for people to understand. A lot of people want to compare the two, but having had both, it feels vastly different.

The next 10 months were a huge challenge to get my medicine adjusted. My doctor kept telling me that I wasn’t “absorbing” the medicine and I was in a state of severe hypothyroidism for a long time, which if anyone has had, understands how debilitating it can be. I am usually a very active, outgoing person, always busy and on-the-go, but now was unable to spend much time out of bed. I even tried to take NDT, which for whatever reason, wasn’t correcting the issue. I found a new endocrinologist that basically said I wasn’t being treated correctly and that it wasn’t my body’s issue of not absorbing the medicine, but just a lack of the correct dose. He put me on a much higher amount of Synthroid, I stopped my birth control (which can impact the way your body absorbs the medicine, as well) and within a few weeks, my levels started to shift. But it hasn’t been a straight line to get there- it’s been a ton of ups and downs. And things are still shifting.

I will say, one year later on the exact day of my first diagnosis, I did receive my thyroid panel testing and my thyroglobulin levels were at a whopping 31.7, so it was another scare altogether, but thankfully a lab error, as I went in for more testing after.  I have been told that while thyroid cancer may not be a “death sentence” for everyone, it is a “life sentence” because we do have to live with monitoring it for the rest of our lives, which is so true.

A couple weeks ago I had my one year Cancerversay and I can say that I am doing much better than I had been much of the year and am 4.5 months pregnant with twins! As many women fear, they may suffer from fertility issues post thyroidectomy, but our babies came as a complete surprise 3 weeks after getting off the pill, so there is hope and proof that it is possible to have children despite what you may learn! We have double miracles to prove it! Now with the pregnancy, there is extra monitoring because it is crucial to keep the thyroid levels within a certain range, so I get extra testing for my thyroid panels, but I am trying to not focus on that and just stay healthy and happy for my babies!

I could not have gotten through this without the love and unending support (and patience) of my husband, family, and friends. And while it is unfortunate any of us have to face a cancer diagnosis and the lifestyle changes that follow with constant lab work and medication changes, etc, I am also grateful for the community I’ve stepped into with other thyroid cancer survivors. It has helped immensely to meet people that have gone through what you have and people to turn to to ask for advice about life after.

Thank you for allowing me to share my story and for anyone that needs support through their cancer experience, I am here! I know how much it helped me to turn to people that had been through it themselves.  Feel free to email me at briana.degiulio@gmail.com.

Thank You Briana for sharing you story with us… the good, the bad and the miracles!