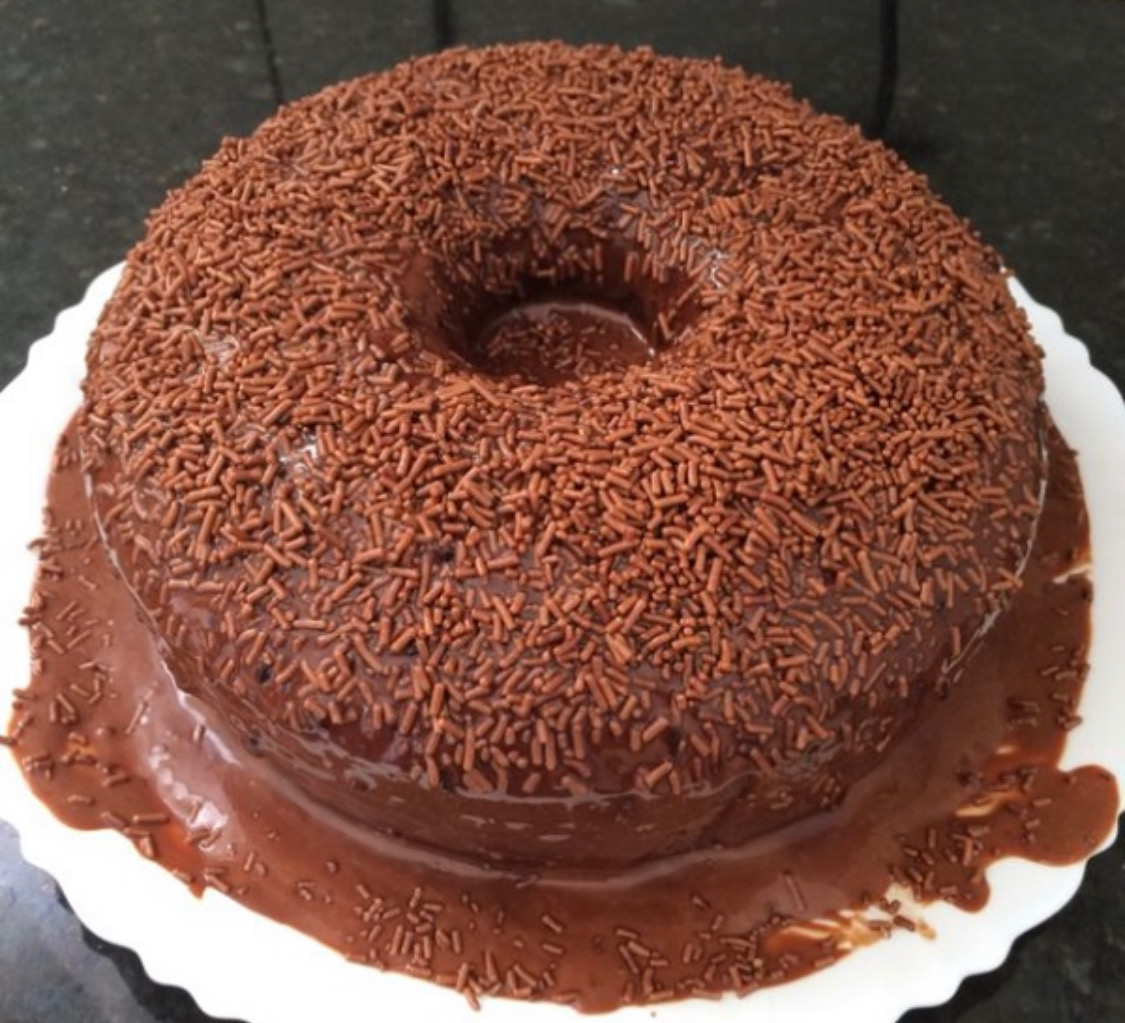 From getting my bloodwork done to applying for FMLA, the time between the cruise and my surgery date just seemed to fly. I went through the motions as if I were a robot. I continued living up life, because let’s be honest, life’s too short. My family constantly asked if I was OK throughout the process. I would reply: “Yes, remember, we’ve been through this before.”

My surgery was scheduled for Tuesday, Feb. 7, 2017, and I would be driving to South Florida the day before the. I’m two years removed from surgery, and it’s crazy how vividly I remember everything. It was Super Bowl Sunday and life was finally slowing down. I had decided I didn’t need to go to any parties to watch the game because I had to finish packing. I don’t know where it came from, but all of the sudden tears just started pouring out. I was having surgery again. My scar was going to get bigger. I was going to have a drain. I had no idea how drains worked because I didn’t need one the first time. What if it hurt? This wasn’t like what I had been through before. Was I going to lose my voice again like the first time? I couldn’t make it stop. All of the questions … all the tears … why was it all hitting me now?

I called one friend, but it reached voicemail. Dammit. I texted another: “Hey, can you talk?” A few minutes went by … and no reply. I called another and I finally got through. “What’s wrong,” she asked. Obviously, she could tell by the tone in my voice that I wasn’t OK. So, I let it all pour out – including the tears. “I don’t know, I just got super emotional all the sudden and I don’t know why. Like it just hit me that I’m having surgery AGAIN! I can’t tell my parents, I need to be strong for them. What if they don’t get it all this time? I mean, I know I’m going to be fine, but I just can’t shake this.” It was silent for a moment, as if my friend was waiting to make sure I was done, that I let it all out. She responded: “Patty, it’s OK to be scared, but you’re going to do great. You know that, I know that. You just need to distract yourself, or that brain of yours that over thinks and analyzes everything is going to drive you crazy.” I laughed, because she was right. My brain thinks A LOT! I needed to stay busy so I wouldn’t think about it. She mentioned she was going to a Super Bowl party, and I convinced myself to join her.

When I hung up, I had a text back: “Hey, what’s up?” To which I replied: “Just had a moment, scared about this surgery and not looking forward to having a bigger scar …” He replied: “What? You’ve survived this before, and you’re going to survive it again. That’s the scar of a warrior!” I smiled at that reply. My phone rang – it was the first friend I called, returning my call. “Hey Trish, sorry I missed your call, what’s up?” “Oh, I just had a moment, but I’m good now,” I told her. “Aww, OK, are you sure you’re OK?” I responded: “Yeah, just my brain overthinking this surgery, I’ve been so busy over the past few weeks, I guess It just didn’t hit me until I slowed down. So, I’m just going distract myself, because I’m going to do great!” She replied: “Of course you’re going to do great!” After, I hung up. I decided to make bacon wrapped jalapenos, because, well, I didn’t want to show up to the party empty-handed. The Super Bowl party – as my friend suggested – was the perfect distraction. It was an intense game that night, and I wasn’t sure what was going to happen, but the Patriots pulled through with yet another win. That was exactly my plan: I was going to go into surgery, and I was going to get another win!

I woke up the next morning relaxed, and finished packing before getting on the highway. When I got home, my step-mom had chocolate cake ready for me, my favorite! Which is actually strange because as a kid I was all about vanilla. But hey, taste buds change. Either way, it comforted me. There was no special pre-surgery dinner this time. I knew I would be OK.

The next morning on my way to the hospital, I texted my friends my mom’s cell phone number so she could give them updates during surgery, or at least that’s what I thought I did. I got to the hospital and checked-in at outpatient. I changed into my gown and placed all my personal items into a bag and handed it to my mom. The part I hated the most was up next: IV. I asked the nurse to please get me the best person because “I’m a hard stick, I have rolling veins and I’m bad with needles.” I don’t think she was listening, because she replied, “Let me try.” By far my most hated answer. While she was attempting this, the anesthesiologist student came to prep me. The nurse couldn’t find the vein. She kept moving the needle around and it hurt. I snapped “I can’t listen to you while she’s putting a needle in me, sorry.” The room fell silent. Another nurse came over, the first told her, I can’t get the vein if she won’t stay still.” I rolled my eyes. My mom started talking to the anesthesiologist student about school, since she felt bad that I had been rude. The second nurse came over, took my right hand, bent down so my arm was hanging over the bed, and asked me a question. I don’t even remember what she asked me, all I know is I started replying and next thing I knew, the IV was in. She was a G! The anesthesiologist came over with the student this time, and I apologized. She said: “Don’t worry, you were just nervous.” The first nurse said, well she needs two IVs. The anesthesiologist said, “Don’t worry, we’ll put it in once she’s out, no need to feel pain.”

My family came in and each wished me good luck! Dr. Bimston came over and marked the incision spot on my neck. It was go time!

Next thing I knew I was in post-op. I looked around the room Dr.Bimston and my parents were there. I said, “Hi,” followed by, “I have a voice!” Dr.Bimston replied: “Of course you do!” I had obviously been too worried to realize that this surgery was nowhere near my vocal chords and there was no need to be concerned about my voice. Then I looked down and saw the despised drain … hanging from my neck. How lovely, I thought. My parents asked how I was feeling. I was fine. The drain was kind gross. My mom then told me, “By the way, you texted everyone your phone number instead of mine. I thought it was weird after a few hours that no one had messaged me, so I turned on your phone and luckily your sister remembered your password, because there were all these messages sent to you!” Oops! I wouldn’t have to spend the night at the hospital this time … Dr.Bimston said I was free to go home. They brought me a wheelchair and off I went.

The next few weeks would be like déjà vu. I would need extra pillows, help to get up and lie down, and help in the shower from my mom. I had to learn and get used to emptying my drain. I debated ordering a drain pouch on amazon but decided to just stick to my PJ pockets since that’s all I wore anyway. Ten days after the operation and I was back at the doctor’s office to have my drain removed. I literally felt it sliding against my skin, like a rope was being pulled out of my neck. Yuck! But it felt so good to be drain-free.

My mom expected visitors — specifically friends and family — so she baked a chocolate cake, cover in brigadeiro(a traditional Brazilian dessert) which I’m pretty confident I ate most of. It was nice to have my family check in on me. The night my friends came to visit, I took a shower and put on some athleisure attire. A total step-up from the PJs I had been living in! I’ve mentioned this before in my blog, but one of the hardest parts about recovery has been feeling as if the world is moving forward without you. Better known as FOMO. What I can tell you is that the night my friends came to visit, it was like a break from being a patient. We sat and talked about what was going on in their lives, I was updated on all the gossip, and for those few hours I was just as part of the world as anyone else. It’s funny to think back to this now, especially when there are times — I don’t think there are enough hours in a day — I wish I just had a moment to sit down. So, to those of you out there recovering, here’s my message to you: Relax, because you made it! You survived! Sit back, watch TV, read a book, and most importantly, eat all the chocolate cake you want! All the crazy ups and downs of life will be waiting for you!