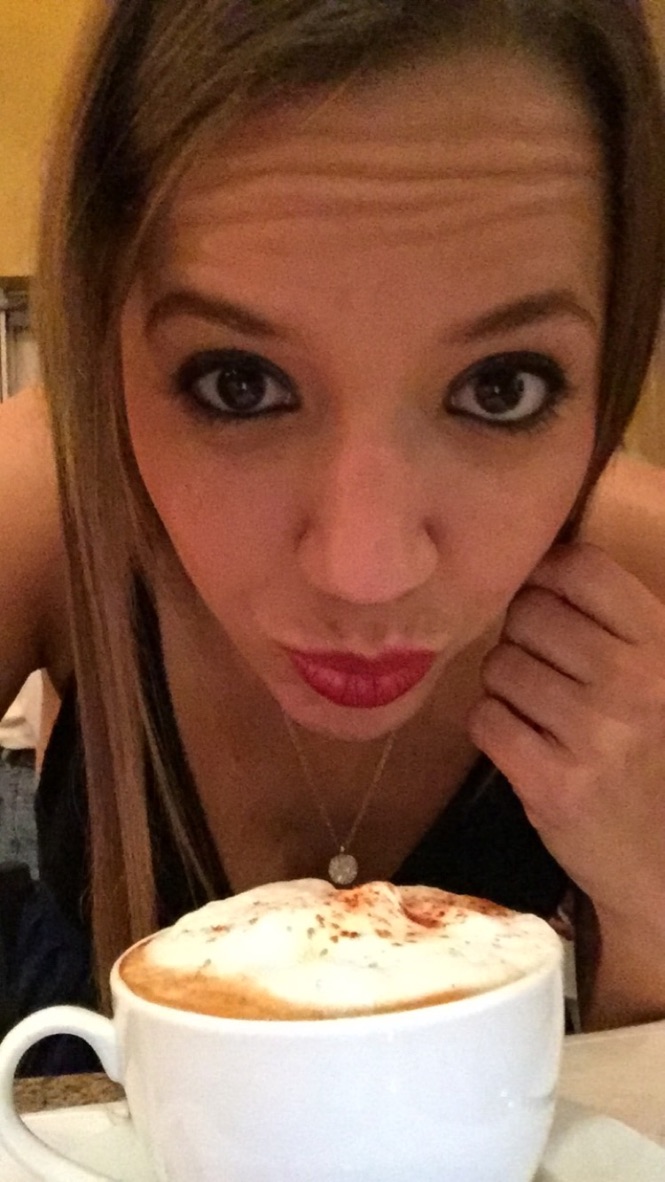 As we stood outside Port of Miami, my Dad hugged me goodbye. He whispered to me, “Relax and have fun” and I felt the tears start to fill. I quickly wiped my eyes so no one around would notice. He was dropping my friends and I off for a (bachelorette) cruise — one last sail before the veil.

A few months earlier I had done my bloodwork like normal, my full body scans and post-radioactive iodine were all clear. Something was still wrong because I could tell my endocrinologist was concerned. Why were my thyroid antibodies still so high? My endocrinologist decided he wanted me to get a PET scan done. “During a PET scan, the patient is first injected with a glucose (sugar) solution that contains a very small amount of radioactive material. A PET scan can be used to detect cancerous tissues and cells in the body that may not always be found through computed tomography (CT) or magnetic resonance imaging (MRI).” So I went ahead and scheduled an appointment, and although I was a little nervous at first, my mom calmed me down by telling me she gets one every year. It’s preventative.

They make you feel as comfortable as possible when you show up for your appointment. Private room, recliner, magazines and robe … they have whatever you need. They inject you with glucose and then leave you to rest for about 30 minutes before they start the scan. Once you go in for the scan you have to lay as still as possible. From check-in to check-out, the whole process is over in two hour’s time. A week later I was told there was an issue with my results. I had never received a phone call from the lab informing me not to eat the morning of the scan, and not to consume caffeine or chew gum 24 hours before the scan. I was guilty of all of the above, especially my morning latte. Unfortunately, these kinds of errors happen more often than not. Needless to say, I was back at the lab a few weeks later for another PET scan. Making the trip back to South Florida was an inconvenience, but it was important that the scans be done on the same machine and read by the same radiologist. Not to mention, this PET scan was going to be free. I followed all the pre-scan procedures to a T this time.

A week or so later I received a phone call from my endocrinologist. He prefaced by telling me not to worry, but they detected something in the scan and they wanted to set up another appointment for an ultrasound and double check. Predictably, I couldn’t stop thinking about what they could have detected because I didn’t have a partial thyroidectomy. I had a FULL Thyroidectomy. There’s no thyroid left. So what could they have detected? I made an appointment for January, the day before my friend’s bachelorette cruise. I figured I would either be drinking in celebration or drinking my sorrows away. Either way, I didn’t want anyone to know. We were going on a bachelorette cruise to celebrate love and happiness, and I wasn’t about to rain on my friend’s parade. Besides my family, I told all of three people about my appointment. The holidays were tough that year. Family and friends surrounded me, and yet in the back of my mind all I could think about was this doctor’s appointment.

I didn’t know how to feel on the day of my appointment. It was fear of the unknown. My mom went with me to the appointment that day. They set me down on the patient’s chair as Dr. Harrell put some cold gel on the right side of my neck and began the ultrasound. He moved up and down the right side of my neck, capturing multiple images. All of a sudden, there it was: Residual nodes, which had been detected in the PET scan. “OK, let me get a biopsy,” Dr. Harrell said. I knew what that meant. I could feel the emotions flowing through my body. My cancer hadn’t completely gone away. I had to lie extremely still for the biopsy, but the nodes were just too small and located close to my collarbone. Even with the freeze on my neck, it was extremely painful. Dr. Harrell called in Dr. Bimston, my endocrine surgeon, to take a look at the ultrasound. “We really need to stop meeting like this Patricia,” Dr. Bimston said while shaking his head at me. To which I replied: “I mean, it’s not like I was planning a sequel.” Dr. Bimston laughed and then explained that I had metastatic thyroid cancer, which meant that even though I had a full thyroidectomy, some of the disease had spread to some of the lymph nodes on the right side of my neck. They were extremely small, but Dr. Bimston explained that he would perform a right neck dissection to remove them. He said he would go in from my original incision and just a bit to the right, so I wouldn’t have multiple scars. Due to the location, I would need to have a drain after surgery, but it would only be for about a week. I nodded and said OK.

There’s something about the second time that just makes you angry, makes you feel like you’ve been defeated. I remember the first time my mom was diagnosed with cancer, there was nothing that could shake me. I was filled with faith. I knew she would persevere. I knew she’d be OK. The second time though, I just couldn’t understand. Why again? I was so angry at God and shed tears of frustration, just trying to make sense of it all. At first, I felt as if I was distancing myself, because I didn’t know how to be there and not be angry. I didn’t know how to be strong — even less where I would harness my strength. My mom tried to comfort me, but how could I allow that. I should be comforting her. Eventually, I realized the important aspect was to show my presence no matter how I felt inside. She persevered yet again. This time it was my turn. I would have to fight again. The how never even crossed my mind, because the answer was sitting there in the doctor’s office with me. So when Dr.Bimston explained the surgery, I just said OK.

When we got to the car my mom kept asking me if I was OK. I kept reassuring her that it was going to be a simple surgery until I responded: Mom, if you survived cancer twice, so can I. She said OK, but she wouldn’t leave my side for the rest of the day. My family members kept hugging me and each hug was tighter, and I kept telling each of them “it’s OK, it’s a just a little surgery.” I felt suffocated. Eventually, it was time for me to go to my dad’s house, where I would be meeting all the girls the next day. When I got in the car, I felt like I could finally breathe. I had about 30 minutes to myself driving from my mom’s to my dad’s place. Thirty minutes to release all my emotions before I had to put myself back together again. I spoke to my three people during that timeframe. My friend from Tampa that yelled “fuck” a bunch of times, followed by, “are you OK? You’re going to be OK.” My best friend from in Cali, who said, “Well, you’ve got 30 minutes — be upset, angry, cry, let it out. Then put yourself back together because you’re going to be OK.” My ex-turned-best friend said, “You’ve survived it once and you’re going to survive again. You got this.” A perfect combination of all the things I needed to hear at the time.

Lucky for me, one of my friends was staying at my dad’s house the night before the cruise, so no cancer talk was allowed. I contemplated telling her, but if I was telling one of my close friends, then I needed to tell all of them. And that was not going to happen. I was excited for the cruise and I needed to take the edge off. My dad drove us all to the Port of Miami that morning. He knew that cruise couldn’t have come at a better time. I needed to get away, relax and have fun, and most importantly not think!

About two days after we got back while sipping on a latte, I got up the courage to tell the girls.  I told them my cancer was back and that I would be having surgery the following month, that I didn’t want to tell them before the cruise. I thanked them for the perfect pre-surgery vacation and told them how they had given me more than they would ever know.